Would you like to be the president of the United States of America? Maybe you should reconsider the answer because there would be a day to recognize your efforts and also give a long weekend to everyone. President’s Day is celebrated the third Monday of February. It started as a federal holiday to honor George Washington and Abraham Lincoln, both pretty interesting fellows who took liberty into their own hands and minds to built what the United States is all about: a free-land for all. So, to start envisioning power in your life, commemorate these ideals with these amazing t-shirts.

He is the first president of the United States, also known as the Father of the Country. He led numerous battles that showed his capacities to be a leader. 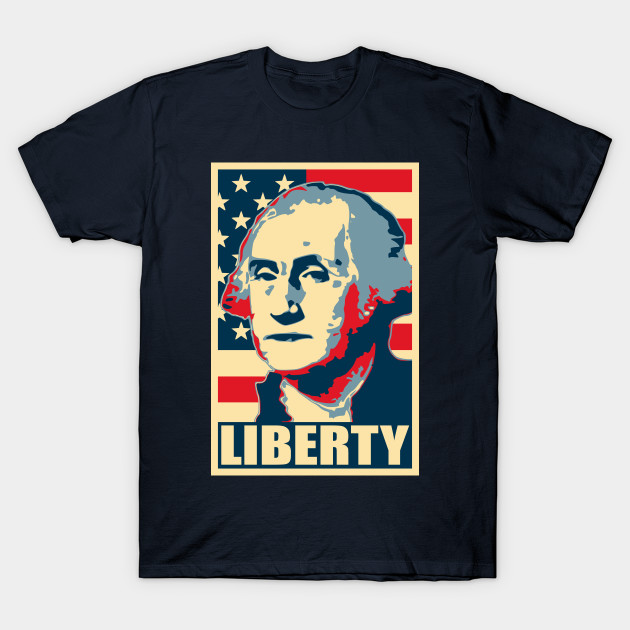 This t-shirt has a pop-art design that stands in the crowd. Not a single person, at school, work or day off will be capable of ignoring your style and how well this represents your ideals: courage, responsibility and commitment.

Maybe you are more cynical and want to show your eternal #mood with this t-shirt instead. Because let’s face it, you will be the coolest person in a party if you wear it. The message is clear and historically accurate with the touch of humor that makes a graphic tee unforgettable.

It is hard to choose the most amazing president in history but not only did Abraham Lincoln helped shaped the duties of the president, he also achieve that while abolishing slavery and fighting the Civil War without much military experience. 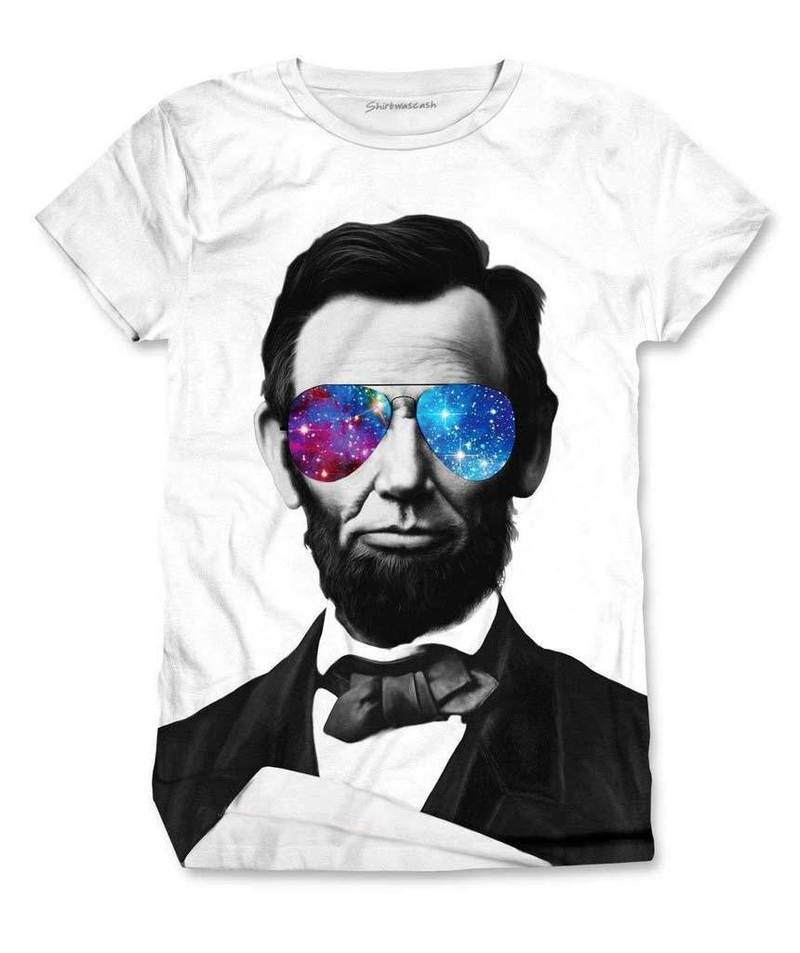 This t-shirt without a doubt honors the image of a great man who fought for freedom and will make you an icon of what he represents. It is classical yet powerful so you can use it even to get your school picture taken!

On the other hand a design that is just as polished as the 16th president can make anyone in the room respect you. Although it isn’t a picture the gesture reflects the determination he had. Use it for a date to show your beliefs and add a distinctive touch to your outfit.

Because President’s Day started to honor both Washington and Lincoln, what’s the best way to show you know federal holidays than with this gem? Besides it’s always the perfect time to demonstrate the importance of teamwork, and hey, why don’t you buy one for your best friend also? 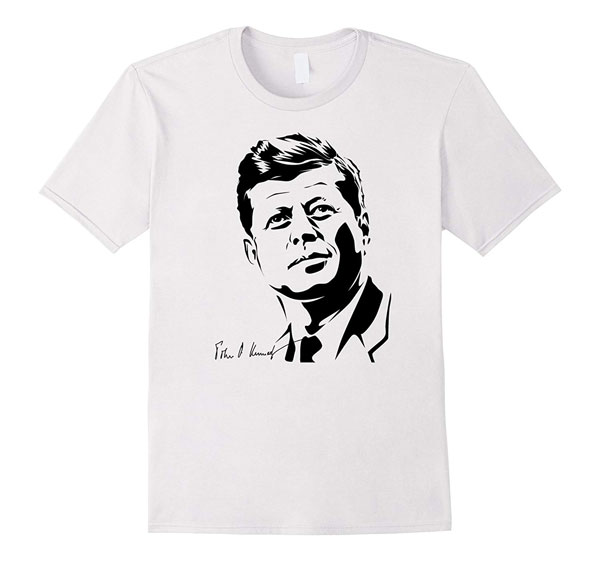 He was the man who believed a nation could conquer the space. Kennedy’s image represents youth, change and hope. This tee with a photograph of the man himself is inspiring enough for any situation and place. You could even take it proudly for a trip abroad.

The thirty sixth president, Richard Nixon, had a strong personality even when scandals arouse. He signed bills, he participated heavily in the Vietnam conflicts and resigned office. Challenge what everyone thinks with this t-shirt because it is as irreverent as the political context of his time. 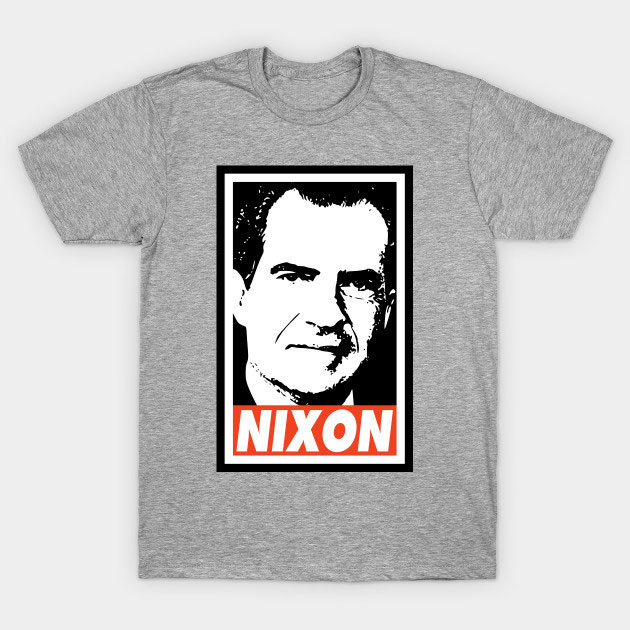 Maybe you like to make statements and this is the perfect t-shirt for you. It has not one, or two but four of the most iconic presidents of the states: Kennedy, Lincoln, Reagan and Nixon. It is ideal to wear it in a political debate or even to go grocery shopping because it can sprouse conversations even in the most unimaginable places. 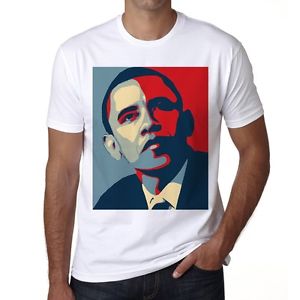 Let’s face it, Obama changed the game without breaking a rule from the book: fought the Recession, helped with marriage equality and nuclear threats while staying cool. Be the one who won’t hear haters and isn’t afraid to do what is needed with a t-shirt that reminds Obama’s spirit.

Donald Trump is the 45th president of the States and his time in office is just like his reality: every week someone is kicked out of the team. This president is far from conventional: he started as a popular icon and now he is the Commander in Chief of the Nation. 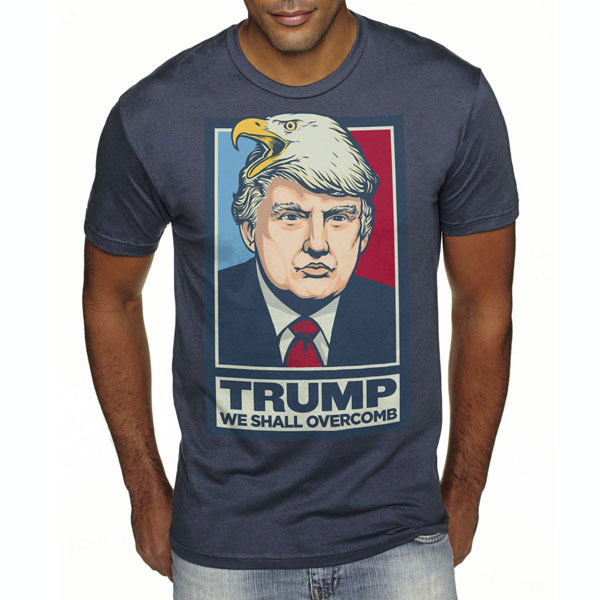 Take it to the next level at the park, on your everyday or even at the beach (maybe during the government shutdown). All eyes will be on you when wearing this because you’ll be the second most polemical figure out there… because Donald Trump will always come first.